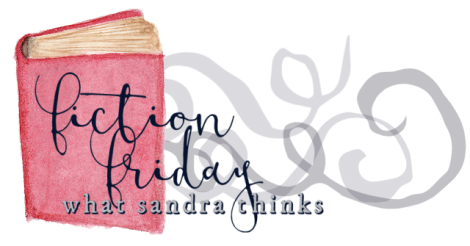 When Dani took her arms from around Adam, he turned to see what she saw.

“I think I’m going to get punched again.”

Under any other circumstances, Dani would have laughed. But not in that moment. She remained silent as she watched Finn approaching.

When she took a step toward him, Adam took a step, too, and took her arm in his hand. “Dani… are you okay? He looks angry…”

Before Adam said anything more, he was grabbed by his jacket for the second time that day.

Finn pulled Adam away from Dani. Her arm fell from Adam’s hand. “Get away from her!”

“No!” Adam wouldn’t move from Dani’s side.

“Finn!” Dani laid a hand on his chest and pushed him away from Adam. “Let him go!” But he didn’t let go. Dani tried again. “Finn! Look at me.”

She had to take his arm in her grasp to get him to stop glaring at Adam and turn to her. Finally, he released Adam’s jacket.

“What are you doing here?” She knew exactly why he was there.

“I had to see you. I had to find you.” He gestured toward Adam with a look of disgust. “Like him.”

“Finn…” Pulling him with her, Dani took a few steps away from Adam. She turned them around so Finn would look at her… just her. Finally, she thought she could safely let go of Finn without him lunging toward Adam.

“Dani…” He held her upper arms in his hands. “Tell me what’s going on.”

A few feet away now, Adam almost intervened when he saw Finn touch her. But he only awkwardly watched… and listened.

Dani knew he was right. A note wasn’t enough. He deserved more than that. “Finn… I can’t marry you.”

“This is because of him, isn’t it?” Again, he gestured to Adam.

“Finn…” She felt her tears building. She hated that she had to hurt him.

“Dani, I saw you kissing him.”

“I’ve been having doubts about us. Before today. It felt wrong… I should have told you sooner.”

“But you would never do this! What did he say to you? He told you to leave me, didn’t he?”

Adam struggled to stay out of their conversation. And he still wanted to rip Finn’s hands off her.

“Finn, no.” Her tears began to fall. “He didn’t tell me to do anything. It was my decision.”

Dani took a deep breath to give herself a chance to find the right words. “This morning I was weak and afraid. I tried to tell you this didn’t feel right but I was still fighting myself… trying to ignore my doubts. I didn’t want to hurt you.”

“You don’t have to. We can still work this out.”

Slowly, Finn let go of her arms. The look on his face broke Dani’s heart. But she knew she was doing what was right… even though Finn couldn’t see that. Not yet. “He took you from me.”

She reached up and wiped her tears away. “I’m sorry, Finn.”

But Finn didn’t answer. Not with words.