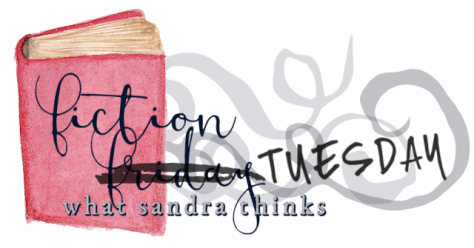 Is ‘fiction tuesday’ really so bad? I’m thinking I’m never going to come up with a new name for this. Maybe I don’t need one…

“You know, you’re not supposed to be here,” Dani said with a smile as she handed Finn a cup of coffee.

He smiled back to her and touched her cheek. “I know. But I wanted to see you. Besides, you’re not wearing your wedding dress.” Finn defended his morning visit while unknowingly distracting Dani from the confusing thoughts swimming around in her head. Until he spoke again. “I think it’s fine.”

The moment Dani heard those words, her smile vanished. ‘It’s fine.’ Fine wasn’t good enough. She didn’t want anything to be fine. She hated that Finn just said that. She took a deep breath, not wanting him to catch on that something was bothering her. But it was. She couldn’t get Adam out of her head.

The silence between Dani and Finn dragged on for an uncomfortably long time. Finally, Finn couldn’t ignore it any longer. “Dani, is something wrong?”

She took a deep breath before she spoke. Talking to Ava the night before was supposed to clear her head, but it seemed to have done the opposite. “I’ve just been thinking about some things.”

“It’s nothing,” Dani avoided his question. She was still sorting it out and she knew he was not the person she should involve in her thoughts. “I’m fine.”

There it was again. That word. Fine. Dammit. Dani’s head told her she should be happy. She had this wonderful man who adored her… who would do anything for her… but she was a mess. She tried to put her uncertainties to rest. She could have a good life with Finn. She was lucky to have him. But her heart said something else.

Dani tried to ignore the things that crept into her mind. She tried to dismiss any thoughts that made her doubt her life with Finn. But today was her moment of truth. If she couldn’t erase the doubt, she would never be happy.

Dani and Finn walked out to his car. With a smile on his face, Finn pulled Dani into his arms. “I love you.”

“I know you do… but you need to go. I’m supposed to be inside with Mom.”

“I think your groom will understand if you’re a little late. I’m pretty sure he’s so happy nothing could get to him today.” He kissed her.

Dani smiled and hugged him, but the uncertainty stayed with her. She closed her eyes and tried to turn off the rest of the world. But she couldn’t. Finn’s words came from his heart but they weren’t in Dani’s. So happy nothing could get to him? Dani didn’t feel happy. Not like that. She felt scared and confused. And shouldn’t Finn have been able to see that? If he was right for her, shouldn’t he have known just from the look in her eyes that she wasn’t feeling what he was feeling?

Dani tried to relax in Finn’s arms, but she struggled. She knew what she had to do and it made her more anxious than she already was. It wasn’t even a solution but it was something. And she needed to do something.

She needed to see Adam.

Sandra is a writer, blogger, poet, artist, emotional disaster. She thinks far too much and sleeps far too little. Sandra lives in the Northeastern U.S. but dreams of an oceanfront home in Hawaii where she could learn to surf. She loves books, brutal honesty, coffee, and the color black. She hates insincerity, beer, whipped cream, and facebook. And she is uncomfortable talking about herself in the third person.
View all posts by what sandra thinks →
This entry was posted in fiction, fiction friday, romance, writing and tagged back to you, fiction, fiction friday, fiction-tuesday, fictionfriday, romance, whatsandrathinks, writing. Bookmark the permalink.