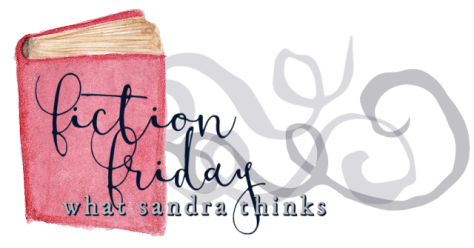 Ava’s phone: Dani? The love of your life… c’mon… who?
Dani: I think you know
Ava’s phone: tell me…

For a moment, Adam closed his eyes. Maybe he was trying to prepare himself for what he was about to see, but that was impossible. After a few deep breaths, he felt Ava’s phone vibrate in his hand. One more breath that didn’t calm him at all and he opened eyes to read the screen.

Adam gasped and his breath quickened. His hands shook so much he wasn’t sure he could type another word. But he had to.

A smile appeared on Adam’s face. He could picture her expression as she said those words… frustrated with the hint of a smile. Frustrated with him… for being him.

Adam could feel her tears and it hurt his heart.

Dani: god I miss him
Ava’s phone: I miss you, too
Dani: what? you mean he misses me? you tell me that all the time
Ava’s phone: it’s true
Dani: but that night… when I told him I was moving all the way to SF for school… he walked out. he wouldn’t talk to me
Ava’s phone: because he couldn’t go with you and he didn’t want you to leave. you broke his heart

Adam knew it was bad for him to talk about himself in the third person. Dani wasn’t supposed to keep believing she was talking to Ava. But he was in too deep. And he didn’t know how to get out.

Dani: I’m hate that I did that… I’m sorry I did it… and I hate that he’s never going to forgive me
Ava’s phone: you’ve been forgiven for a very long time. you must know that.
Dani: then why doesn’t he talk to me?
Ava’s phone: you’re with someone else. do you want him to break you and Finn up?
Dani: oh god… I don’t know
Ava’s phone: I think you know. but tomorrow’s your wedding. Adam’s going to try to convince himself to give up
Dani: maybe I don’t want him to give up

With a hand over his heart, Adam tried desperately to breathe. She still wants me. Adam wanted the same thing Dani wanted. For the other to persist, to keep holding on, to keep trying to get back to each other. But neither of them could make a move.

Again, Adam smiled. He missed everything about her… her eyes, her laugh, her sense of humor, and her emotions that she always thinks are out of control.

Somewhere inside, Adam knew he still had her love. But seeing the words… he thought his heart was going to jump out of his chest. He wanted to blurt out the truth… that she was talking to him. He wanted to tell her he loved her and wanted her back. But it was too late for him.

Dani was getting married tomorrow. He wouldn’t ruin her day… her happiness. If that wedding wasn’t going to happen, Dani had to stop it. And if she didn’t – if she was willing to give Adam up – he needed to know.

Ava’s phone: I want you to be happy
Dani: I know you do. I’m going to be okay, right?
Ava’s phone: yes, you are… and you need to get some sleep
Dani: I hope I can
Ava’s phone: you can. just close your eyes and think of something that makes you feel content and happy… something like… home