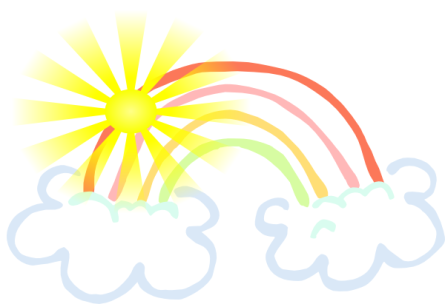 It’s not that I’ve been acting all ‘sunshine and rainbows‘. Is that the expression? Maybe I’m just making shit up. I’m not familiar with that state of mind. I prefer my own name for it anyway… sunshine stick up your ass. Anyway… I think you know what I mean. I haven’t been acting that way. I’m not even sure I’m capable of that. But I have been pretending.

Even my last post… It wasn’t what I’d call cheerful but it doesn’t accurately represent how I feel either. There’s some sugar-coating going on… and it’s not even enough to be noticeable. It’s mild sugar-coating.

Damn… if it’s going to be sugar-coated, I should take it all the way.

Or not at all.

The truth is… I have been feeling desperate, hopeless, and alone. I can pretend that’s not true. And I’m glad I have that ability. But sometimes it’s extremely lonely.

[I faked you out with my post title, didn’t I? Sorry. I have a sick sense of humor…]

My reality is worse than I let on. There are things I don’t talk about. And they’re bad on their own… but even worse piled onto everything else.

Oh, I’m still not going to talk about them.

Hell, I don’t even know why I’m writing this post.

Maybe it’s a confession… because I feel dishonest and I don’t like that feeling.

Maybe I’m just venting… because I’m so fucking angry that this is my life.

But I know what it’s not. It’s not an invitation for someone to tell me to ‘just fix it‘. That’s maddening. It’s like ‘snap out of it‘. It makes me feel a million times worse. Those things are standard ‘things to never say to a depressed person‘. Honestly, what should my response be?  Oh… thank you! I never thought of that. Let me just snap my fingers and make it all better. Damn, I must be a fucking moron for not fixing everything sooner since it’s so simple!

I don’t want to sound ungrateful because that’s so untrue. I know people mean well. And I know it’s hard not to try to fix it. But no one can. Even the little steps people suggest… I know it’s impossible for them to understand—unless they also have depression—but those aren’t ‘just do it‘ things either. They, too, make me feel worse. Tiny anthills feel like Mt. Fucking Everest. And to me, it’s like being told I’m an idiot… or I’m lazy… or I’m not good enough. I already know I’m not good enough. I don’t need to be reminded.

Seriously… when is the last time anyone told a cancer patient to ‘just stop having cancer‘?

This is not different. I’m not saying depression and cancer are equivalent illnesses. But, hell, some cancers can be cured. Depression cannot. And they can certainly both lead to death.

[I guess I figured out why I wrote this post. It turned into sort of a how-to-be-a-depressed-person’s-friend post. I had no idea that was going to happen.]

[Another note: When I told my mental health NP that I have a blog, she told me that writing on this topic might help a lot of people. I don’t know about that, but her saying that makes me feel a little less humiliated when I do write about it. And make no mistake… I am humiliated. Is a cancer patient humiliated that he/she has cancer? No. So why am I?]

[One more note: this blog will never only be about this. I’m here for fiction, random thoughts, humor, poetry, and fun. And life. But life isn’t always fun. I hope I never scare anyone away. Oh hell, A-to-Z starts Sunday… those posts will be so far from this topic… which will be good for me… and for you. I might even post something lighter later today… my moods follow no rules.]

Sandra is a writer, blogger, poet, artist, emotional disaster. She thinks far too much and sleeps far too little. Sandra lives in the Northeastern U.S. but dreams of an oceanfront home in Hawaii where she could learn to surf. She loves books, brutal honesty, coffee, and the color black. She hates insincerity, beer, whipped cream, and facebook. And she is uncomfortable talking about herself in the third person.
View all posts by what sandra thinks →
This entry was posted in life, rant, writing and tagged anxiety, depression, friendship, life, rant, whatsandrathinks, writing. Bookmark the permalink.