love across the ocean. (take 2)

Posted on 17 December 2016 by what sandra thinks

I’ve been preoccupied and busy. I finally have many new bits of writing inspiration… but now that I do, I have no time to write. I was thinking about this post the other day… and since I haven’t had a chance to write much… or post much… I thought I would share this (again). I’m pretty sure only a couple of my ‘regulars’ read this when it originally aired on 10 October 2015.

When I was much younger and had more freedom and fewer neuroses, I ran away to Europe.

I suppose “ran away” is a bit of an embellishment. But it sounds so much more adventurous and impulsive. The truth is, I really wanted to go to London so I searched for justification. I found a program through my college tied to the University of London and applied. 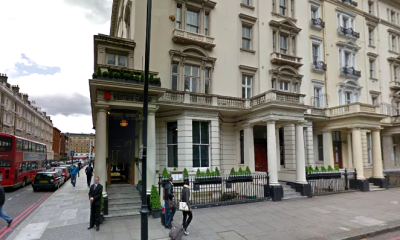 It was unusually hot when I arrived in London that August. I found a flat with four other Americans and made friends with the doorman at the casino next door. Paddy from Ireland – he looked out for us. It was comforting having him around.

Some of the classes I took in London involved field trips instead of textbooks. History of London consisted almost entirely of walks to all different parts of the city, many I never would have visited if not for that class. My art history class went to museums and galleries almost every day. We never had to pay admission anywhere. We even got a free pass to the British Museum for the entire term.

One of my flatmates and I traveled together over our break. We had already spent a long weekend in Scotland so our decision was simple. We were off to the mainland. And this was pre-Chunnel. We rode a ferry… and both got seasick.

My friend/flatmate wanted to see Vienna. After that, it was all Italy for days.

First stop, Venice. We got a tiny, inexpensive hotel room with a private shower. We were thrilled as this was quite rare with our meager budget. We both took 30-minute showers that night… and again in the morning. Venice was lovely, but it rained most of the time we were there. The City of Water was… well… it was wet.

Skipping to the last stop, Rome. We walked a lot in Rome because we could not be bothered to figure out the public transportation system. Some of the narrow streets we walked on were deserted except for us. We had pieces of the city to ourselves. I’d love to wander those streets again. I remember being a bit lost, stopping for some bread, cheese and fruit, and finally popping out on the other side in view of the Vatican. No map required.

Venice and Rome were wonderful, but they paled in comparison to our middle (and longest) stop. Florence. Oh… Gorgeous. We had a lovely yet student-budget-friendly place to stay right in the center of the city. The keys to the rooms hung on randomly placed nails on a wall in the lobby. They looked old and charming hanging as they were, like something you might find for sale as wall décor at Homegoods. No two keys alike. The shared bathroom was a little room with a drain in the floor and a showerhead on one side. Water went everywhere. I kind of loved that shower.

The weather in Florence was beautiful. We walked everywhere. Occasionally we’d stop and sit in the sun on the steps of some of the most beautiful architectural landmarks in the world. We saw David. He was giant. Everyone has seen photos, but in person, wow… giant. The architecture blew me away, exterior and interior. I could have stayed there for weeks… months…

I may never know exactly what made me love Florence so much. I just felt something there. I fell in love.

Or maybe it was the gelato.

I’ve never had any even close to that level of deliciousness in the States. The flavors I chose were caffè and bacio (coffee and chocolate hazelnut). They were lovingly scooped into a big sweet waffle cone. I remember my friend and I walking out of the gelateria stunned by the generous size of our little treat. But it was only two scoops! My God, they were huge scoops. I may have had my own pint in that cone. It’s okay. We had skipped lunch.

Maybe Florence made me love that gelato. Maybe it was the time and the place. Perfectly romantic and historic and warm and beautiful. I would love to return to many of the places I visited – London, Paris, maybe Venice senza pioggia. But Florence was my favorite. I want to visit again. Not just for the gelato, but that is definitely something to consider.

Sandra is a writer, blogger, poet, artist, emotional disaster. She thinks far too much and sleeps far too little. Sandra lives in the Northeastern U.S. but dreams of an oceanfront home in Hawaii where she could learn to surf. She loves books, brutal honesty, coffee, and the color black. She hates insincerity, beer, whipped cream, and facebook. And she is uncomfortable talking about herself in the third person.
View all posts by what sandra thinks →
This entry was posted in travel, writing and tagged college, Florence, food stories, Italy, London, travel, whatsandrathinks, writing. Bookmark the permalink.

37 Responses to love across the ocean. (take 2)