Posted on 3 September 2016 by what sandra thinks

(I know, it’s not Friday anymore… my apologies…) 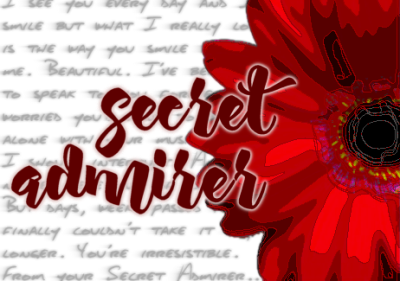 Waves of nervousness flew through me as I watched Greg turn the key in his door. My hands were shaking, my heart pounding. And when we were inside, Greg turned to me and he could see all of it.

He lifted my hand in his and kissed it. “Are you alright?”

I nodded. When I sighed, my eyes closed. His hand touched my cheek and slid into my hair.

I opened my eyes and fell into his. So close to me. So deep and beautiful.

“Come with me.” He led me to the beautiful place where I first slept in his arms. I sat, still holding his hand, and he smiled for me. “Would you like anything?”

Hell yes, I’d like something. “Yes…” I gently tugged on his arm until he sat beside me. I touched his face and slowly slid my hand onto his neck. “What I want… is you…”

“Oh honey…” His mumble was barely audible. But his kiss screamed with the passion inside him. Without taking his mouth from mine, he sank into the couch and pulled me over him. The warmth of his chest against mine made me weak. As if he knew, his arms wrapped around me and held me tighter.

When I took my mouth from his to gasp for a breath, I ran a finger over his lips. He smiled and tried to bite it. Irresistible. My mouth returned to his but I only gave him my lips. I played with him, gently and sweetly, teasing him relentlessly.

“Amy…” I loved that I could feel his whisper on my lips. “What are you trying to do to me…?”

Drive him mad, of course. “Shh…” I tried to continue toying with him but I couldn’t do it. I had to taste him again. But still I teased him, softly moaning into our kiss, gently biting his lip. And when I heard his deep little moan, I craved him more… as if that was even possible. My lips kissed his cheek before my teeth playfully nibbled on his chin. But what I wanted was his neck. When I felt his hand in my hair pulling me closer, I gave him another breathless moan.

I lost myself in the deliciously sweet, salty taste of his warm skin. And I wanted more. And he wanted more. His hands slowly moved down my back until he reached the hem of my shirt. I sighed when his fingers snuck under it. His touch against my bare skin… I thought I’d lose my mind. And I definitely lost control. I reached for his shirt, too, and lifted myself to pull it from him. I dropped it to the floor and laid a hand on his chest. His perfect bare chest.

I was dying to kiss him again but I froze when my eyes caught his. His eyes are smiling at me. His eyes! Can eyes even do that? His can. And his hands on me… on my skin. Oh God.

“Greg…” I wanted to say more than his name, but I was so overwhelmed that I couldn’t find words. But he could.

“Amy… honey, your smile… is perfect.” His hands still warmed my skin as he held me.

I touched his lips with my fingers. And I stole his words. “Your smile is also perfect.” When I took my fingers from his mouth, my lips took their place. I played with him, kissing and sucking so slowly, teasing him. But my sweet torture had to end. I took his mouth completely, giving in to him… and to myself.

His grasp on my body tightened. Every touch, every movement felt intense and desperately hungry. I couldn’t touch enough, taste enough of him. And I knew he wanted more of me. His lips left mine and kissed me along his path to my neck. I tilted my head back, loving his mouth on me. I wanted to give him everything. And he wanted to take it.

He took a hand from my back and slipped it under my hair. For a moment he touched me there. But while his mouth tasted my skin in the curve of my neck, he slid his hand down until his fingers touched the neck of my shirt. When his kisses met his fingers, he stretched my shirt, pulling the neck down with a single finger, needing more of me.

My hands sank into his hair and gripped his head tighter when his tongue dipped between my breasts. I couldn’t breathe. I wanted more. I wanted him. And I wanted to tell him that. But before I could speak, I heard a dreadful sound. Greg ignored it, still tugging on my shirt to kiss more of me.

“Ignore it… please… ignore it.”

His words fell as hot whispers over my heart. And I didn’t care about my phone. I mumbled his name again and brought his mouth back to mine. I couldn’t get enough of his deliciously beautiful kisses.

And then I heard my phone again. And I ignored it again. But moments after it finally stopped, it started again. Someone wasn’t giving up. Greg knew it, too. He sighed and squeezed me in his arms.

“Somebody wants you…” He kissed my head. “Besides me, I mean…”

I couldn’t stifle my little giggle. And I knew I was blushing. And I didn’t want to leave his arms. I turned my head and kissed his neck, sucking gently on him near his ear. Until once more, my phone interrupted.

“Amy… I think you need to go get rid of whoever that is. Because I need to take you to my bed…”

“Oh, you sweet, sexy thing… don’t go anywhere without me…”

Who the fuck is calling me? God, just leave a message!

And then I saw who called. Again and again… and wouldn’t give up.

Sandra is a writer, blogger, poet, artist, emotional disaster. She thinks far too much and sleeps far too little. Sandra lives in the Northeastern U.S. but dreams of an oceanfront home in Hawaii where she could learn to surf. She loves books, brutal honesty, coffee, and the color black. She hates insincerity, beer, whipped cream, and facebook. And she is uncomfortable talking about herself in the third person.
View all posts by what sandra thinks →
This entry was posted in fiction, fiction friday, writing and tagged fiction, fiction friday, fictionfriday, romance, secret admirer, whatsandrathinks, writing. Bookmark the permalink.