is this a fail? 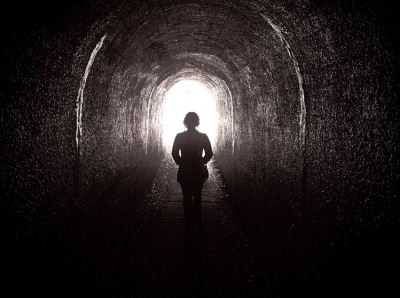 [Sorry, I’m a self-centered bitch today… and I really hope you don’t all think I’m a complete nutball. I swear, there is more to me than this. Boobs, for example.]

Why is it that no matter what I do I feel like I’ve made the wrong decision? Oh, hell, I feel like every decision I’ve made since about the age of 13 has been wrong.

So… on with the show. Sigh.

In no way was my NP “forcing” me to do anything with regard to therapy. (She is not a therapist, she evaluates the patient for “chemistry” purposes.) But therapy is something she and I have briefly discussed a few times.

And I’ve told her that I have seen a number of therapists in my life and they were all completely useless to me. I have never been helped by a therapist. In fact, most of the time, therapy makes me feel worse. But with the ups and downs lately, I felt like I was running out of options. So the topic came up again. But I never wanted to do anything with it. But I thought I “should”… I thought that was what I was “supposed to” do.

But was it? I really don’t know.

I told MB (my NP) all of this, most of which she already knew. I briefly filled her in on my biggest sources of anxiety, one of which I had barely touched on before today. [And maybe this is something I need to write about… at least to get it off my chest… which seems to be the resting place for many things.]

And again, I mentioned the more practical matters — time and money — I’m home with the kids for the summer, I’m unemployed and really don’t have the money. And I told her that over the last few weeks, my anxiety has been significantly worse because of this whole therapy thing. Actually doing it would be even worse.

And the thought of having to see multiple therapists until I find one I think might be okay? Sounds like a fucking nightmare. Like job interviews… which are truly hell… especially for a person who really hates people… and feels very uncomfortable around strangers. I don’t even know if I could do it at all (‘therapist testing’, I mean). It’s like having to fly a plane to go learn how to fly a plane. I’m going to crash.

And she said… “You know, you don’t have to see a therapist.”

And I know that. And I told her I know that. And I also told her that I ran out of ideas for those times when I feel horrible. [Other than (a very helpful) pill.] So… in desperation, I mentioned therapy again. Oh, she knew I never wanted it. It didn’t even come up during the appointment today until halfway through.

And I said it again… “I didn’t know what else to do… and today I feel fine but I have no idea how I’ll feel tomorrow… or later. Something will happen, and no matter what it is, I’ll believe it’s my fault like I always do… and I won’t be ‘fine’ anymore. And then I’ll be fine again. And then I won’t…”

And she said “Stop being so hard on yourself!” [Actually, she said that a few times…]

Maybe when September comes, I will revisit this… because I still have no idea how I’m going to conduct the job search that’s on hold until then. I kind of have a meltdown when I think about it for more than 30 seconds. But, hell, that’s how I feel about therapy, too. [But I can’t put off the job search any longer once September comes…]

So… therapy is not happening. Not now. I will see MB again in a month. I will continue to wonder what happy really feels like. And as we get closer to September, I will likely revisit this once again.

And I’m sure my decision was a mistake.

I have no fucking idea.

Sandra is a writer, blogger, poet, artist, emotional disaster. She thinks far too much and sleeps far too little. Sandra lives in the Northeastern U.S. but dreams of an oceanfront home in Hawaii where she could learn to surf. She loves books, brutal honesty, coffee, and the color black. She hates insincerity, beer, whipped cream, and facebook. And she is uncomfortable talking about herself in the third person.
View all posts by what sandra thinks →
This entry was posted in anxiety, writing and tagged anxiety, personal, whatsandrathinks, writing. Bookmark the permalink.

60 Responses to is this a fail?

The Perks of being Different