how I met their father. the final chapter. 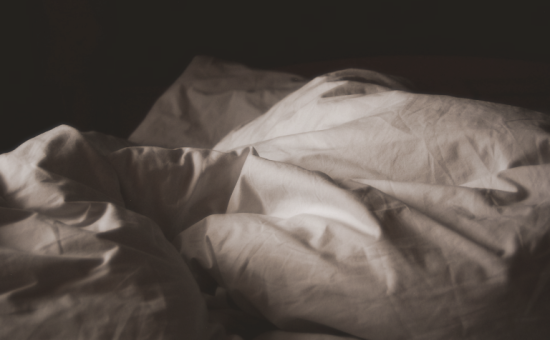 When I read about marriage, I’m somewhat comforted. After years together – life, jobs, children – a couple isn’t the same as they were when they started dating. It’s no longer all-consuming. Priorities and responsibilities change. The time devoted to only each other shrinks and what’s left of it is often invaded by everything else. And the physical part of the relationship often suffers. It suffers.

We’ve probably all heard the myth that claims men reach their sexual peak at about 18 while for women, the age is closer to 35. And we’ve all been bombarded [from everywhere – movies, television, books, people – everywhere] with the idea that men always want it but women don’t… Not tonight, honey, I have a headache.

I have never uttered those words in my life.

[Besides, everyone knows (or should know) that orgasms cure headaches. For everyone, right? It occurs to me at this very moment that maybe it’s just me. Good thing I can self-treat. But I digress.]

And lately, I’m not getting it.

I know stress can really fuck with people’s minds. Oh hell, yes, I know… intimately. But that shouldn’t stand in the way of sex. Hell, sex should help that! But that doesn’t seem to be the therapy he’s looking for. In reality, he’s not looking for any therapy. We’ve drifted and the longer this goes on, the farther we drift. It’s not just him anymore. It’s me, too.

Oh, I still want it all (as noted above). It’s just that as time passes the way it is now, I’ve drifted to a path where I don’t want it with him. I’ve lost that lovin’ feeling, if you will… with him. But god knows I haven’t lost it at all otherwise. It’s only grown.

I’m frustrated and a little hurt that he doesn’t initiate much. But he doesn’t refuse me when I initiate. However, I don’t initiate nearly as often as I want to because I get stuck in the frustrated-and-hurt place and that’s kind of a mood-killer. Plus… feeling unwanted has only increased the drifting and the lack of desire for him that this has created in me.

John knows I’m a romantic and he knows he’s not. And I think this makes John believe that I need big romantic gestures. But I don’t. Oh, I would love that – sometimes. (And I do not mean flowers and chocolates and anything you’ve ever seen in a jewelry store commercial.) But other times I just want to fuck, no big romantic gestures required. I want to be interrupted even when he thinks I look busy. I want to be grabbed because he just cannot possibly wait to have me. I want him to ruin dinner.

Of course, none of this is especially realistic with two young children in our home. But they do go to sleep at night.

I’ve talked to John about this. I’ve told him what I want. And at times, it has worked… but it doesn’t stick. Kind of like many other conversations we have. He listens and maybe it sinks in… but before long, it’s out of his mind and gone… until the next time I talk to him about said topic.

However, I have discovered that if I ‘give up’ and stop talking about something for a while, eventually he may raise the issue himself. I feel that this is a miraculous revelation. And it’s great because sometimes, I’m done with talking. Still waiting on this, though. 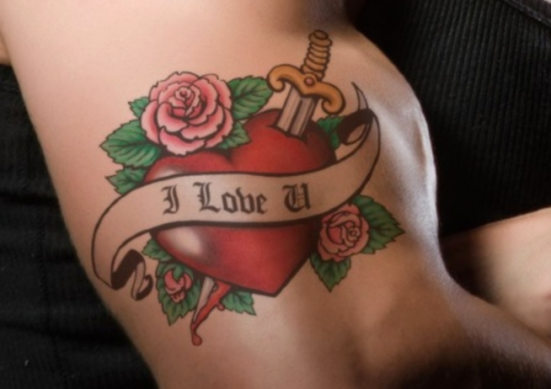 If the words ‘I love you’ are muttered so often, so automatically, so habitually without thought, they lose meaning. I’m guilty of this, too. It’s a reflex… like saying goodbye. In fact, it is goodbye. Iloveyoubye. It’s a single word. A word that ends of every phone call. The last word John and I say to each other every time one of us leaves the house without the other.

[Aside: I tell my children I love them all the time but somehow, it seems to hold meaning with them. And I can’t imagine taking that away because it’s something I didn’t have as a child. My parents loved me – they just didn’t say it.]

I have been with John for a long time. We bought a house. We got married. We made babies. We love our children. And I do love him. And I know he loves me. And for reasons that are not entirely about love, I cannot imagine my life without him… but…

Are we in love?

Some days, all of this gets to me and I feel terrible, lonely, broken.

Other days, I half-way accept that this is just what my life is and try not to let it break me.

Still other days, I try to take control of whatever I can to steer my life toward what I want it to be, whether those efforts stick or not.

And some days, John does or says something that makes me feel good. Just some random, no-explanation thing that gives me a little bit of happiness. The kind of happiness that I don’t think happens every day for anyone – and I wouldn’t want it every day because it would lose its magic. But those days… those gestures… are rare.

Do I want more? Yes. But no matter what anyone claims, we all want more sometimes – more of any of a billion different things, but more nonetheless.

I will even admit that I have thought about having my needs met by another. But it has never gone past thinking. Lots of thinking. I’m no angel but I don’t know that I could go through with it. And it’s not like I’ve got a willing partner waiting for me to abandon my morals anyway. [Although the phrase ‘abandon my morals’ sounds fucking great right now.]

So… John and I will talk. Although mostly about kids and finances and other general goings-on. But about us? Not so much anymore. I’m the only one who brings that up and I’ve sort of given up on getting any results from that. But… we will laugh with each other and at each other because that’s exactly who we are. We will not have date nights because we both think the idea is ridiculous. [If it works for you, go for it. It’s not for us.]

And we will take care of each other and our children because that’s who we are, too.

But at the end of the day… I feel like something’s missing.

But is this really the final chapter???

Sandra is a writer, blogger, poet, artist, emotional disaster. She thinks far too much and sleeps far too little. Sandra lives in the Northeastern U.S. but dreams of an oceanfront home in Hawaii where she could learn to surf. She loves books, brutal honesty, coffee, and the color black. She hates insincerity, beer, whipped cream, and facebook. And she is uncomfortable talking about herself in the third person.
View all posts by what sandra thinks →
This entry was posted in love, personal, relationships, writing and tagged autobiographical, disappointment, how I met their father, love, personal, romance, whatsandrathinks, writing. Bookmark the permalink.

126 Responses to how I met their father. the final chapter.