Dear readers… I originally wrote this when I was 20 years old as part of a much longer story — one that existed on paper alone. I rediscovered it in 2013 and began pulling out my favorite parts. This was one of those small parts. Maybe someday I’ll finish rewriting the whole story.

Tucking her windblown hair behind her ear, Jess dragged her feet through the sand to the water’s edge. She let the cool waves reach her toes while she wandered. The late afternoon sun warmed her. The gentle waves and whispery breeze should have calmed her, but instead her mind raged. Even on the serene beach, she struggled to stop thinking.

Matt grabbed his kite and headed for the sand. He needed a break from his life and the ocean was his escape. It had been for as long as he could remember. On the beach with his grandpa, watching their kite soar in the sky over the water, he always felt happy. Peaceful. He wanted that feeling and he hoped staring at his kite flying in the sky would give it to him. Or at least distract him… help him forget everything. And he wanted to forget… at least for a while.

Happy to see the beach nearly deserted, Matt unwound a bit of string and released the kite into the wind. But the wind eased and the kite fell. He persisted, but every time, the kite dove back into the sand. The wind was fast becoming his enemy. He came to the beach to relax, yet he only encountered more frustration. He considered giving up and plopping down on the sand, but he didn’t. He only grew more determined to get the kite in the air.

Jess paced slowly, watching her feet sink into the wet sand with every step. She tried to focus on her footprints and ignore everything else. When she couldn’t, she stopped and stared into the ocean hoping that somehow the water would clear her head. The waves crept closer to her, forcing her a few steps back.

Why can’t I stop thinking? Maybe if I focus on something innocuous… or something cheerful… maybe it’ll push everything else away. She sighed and walked along the beach again, finally raising her gaze from her feet in the sand. Maybe if I look up I’ll feel… oh my God. 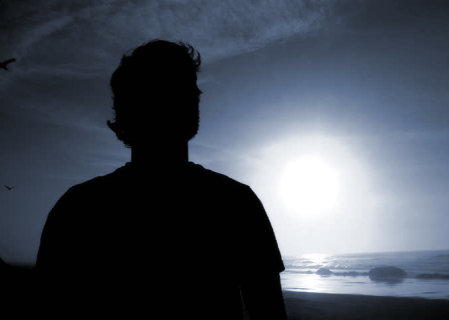 She stopped moving and almost choked on her own gasp. Am I hallucinating? Is that a real man? I have butterflies… many butterflies… or maybe a bat.

Jess rested a hand over her stomach, hoping the flying creatures inside would stop tormenting her. Pointless. She stared at the gorgeous stranger trying to get his kite in the air. She smiled when she saw his frustration. Enjoying his struggle was cruel, but his exasperation was adorable. And the rest of him was… magnificent.

God his arms are beautiful. Tanned and toned and strong. So strong. His chest… his stomach… also beautiful. I can tell despite the tee shirt covering him. Perfectly. And his face… unshaven, rugged, masculine. Gorgeous. I want to touch him.

The way his dark hair moved in the wind hypnotized her. When it fell near his eyes, he raked a hand through it to push it away… and then it fell again… and he pushed it away again. His repeated unsuccessful attempts to keep his hair out of his eyes played through Jess’ mind in slow motion… a dreamy, gorgeous instant replay. She could have watched it for hours. But her feet had other plans.

Without a coherent thought, she headed in his direction. The closer she walked to him, the faster her heart pounded. But she couldn’t stop. She took a few deep slow breaths but she was still a nervous mess. Yet her body still defied her brain. How are my feet moving? I am way too shy for this! I’m going to panic. Oh God. Stupid feet. But her anxiety was no match for whatever miraculous phenomenon forced her go to him.

Jess tried to push her own windblown hair from her face, but her hand trembled. She barely moved a strand. She inhaled sharply and let her breath go slowly. She had to speak before she gave panic a chance to take over.

“Need some help?” She asked, shocked to hear actual sounds come out of her mouth. Stop shaking!

Matt turned toward the soft voice offering to save him from total kite failure. His mouth opened but nothing came out. Say yes… say anything… God, her eyes… so intense and so… blue. Oh God. I’m in trouble. A long wispy strand of hair flew across her face and she reached up to push it away. That simple act thoroughly captivated him. Talking was an enormous challenge. I’m in big trouble.

Jess anxiously gazed into the most velvety dark chocolate brown eyes God ever created. She swore they darkened as he stared at her. He’s not saying anything. Should I go away? But his eyes don’t want me to leave. Or… I’ve lost my mind.

Sandra is a writer, blogger, poet, artist, emotional disaster. She thinks far too much and sleeps far too little. Sandra lives in the Northeastern U.S. but dreams of an oceanfront home in Hawaii where she could learn to surf. She loves books, brutal honesty, coffee, and the color black. She hates insincerity, beer, whipped cream, and facebook. And she is uncomfortable talking about herself in the third person.
View all posts by what sandra thinks →
This entry was posted in fiction, fiction friday, series, writing and tagged fiction, fiction friday, fictionfriday, romance, short fiction, whatsandrathinks, writing. Bookmark the permalink.