Posted on 19 January 2022 by what sandra thinks

Write about something mysterious.

Initial reaction to this prompt:
I am not a religious woman, but God help me. Mysterious. I’m not in a fucking spy novel (although that would be cool). Where do they get these prompts?

I actually do have something mysterious to write about.

You know I’m Sandra. And you know I live in the US. I’ve even identified the region, if you were paying attention. I may have even mentioned the state. But you don’t know my last name or my specific location.

You know I’m married to a guy I wish would take a hike most of the time, but you don’t know his real name although I have referred to him as John in the past (which is, you guessed it, not his real name).

And I’m sure there’s lots more you don’t know about me no matter how much of an open book I am about most things.

I don’t understand why I am the way I am. How can I know all the right things to do—all the things that could/would make my life better and make me feel better—but rarely do any of them? Why am I sad all the time? Why am I hopeless? Why do I hate myself so fucking much?

This is not me. I have never been committed. So far.

It’s a mystery to me.

I have never felt like I am good enough. Or even just enough. It could be because I have three sisters: the oldest, the youngest, the favorite, and me. I am nothing. Until I made myself something—the fuck-up.

I followed two different paths at once. I tried to be just like the favorite (my sister, as well as other people in my life I thought were favorites), and I tried to be special for entirely different things. I was trying to be someone else or please someone else. I made decisions based on what others did, what I thought other people wanted me to do, or what I thought I was supposed to do. I don’t know that I’ve ever made an important life decision that was all me and only me. I never allowed myself to figure out what I truly wanted because I didn’t think it mattered.

[Aside: Except true love. I always wanted that. But I thought I wasn’t supposed to think that was real, so when I thought it was time for me to get married, I did. Despite the lack of true love.]

Why was I convinced I had to please everyone but me? When and how did I reach the conclusion that everyone else mattered more than I did? Why do I have so much self-loathing that I am confused when other people like me?

My daughter, with all the wisdom of her fourteen years, may have given me the answer to some of my questions. Like why, when I know what I could do to feel better, do I not do those things? Why don’t I do what I want? Why don’t I value and love myself?

I don’t think I deserve it.

But again… Why? What made me feel that way? 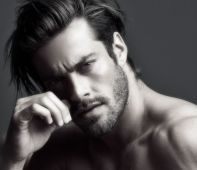 They are both mysterious to me. But I do know their names are Mike and Gonçalo.

p.s. — I know that I have depression and anxiety. (At least I think I know. It’s not like there’s a blood test or anything to confirm.) I suppose I could “blame” my depression and anxiety for everything I questioned in this post. But still—I’ll say it again—why? Why do I suffer from those things? I’m the first in the line. I have no family history of either. Is this what’s special about me? I don’t want it.

p.p.s. — Perhaps the greatest mystery is this challenge. And why the hell I’m doing it. (Although I do like that it has made me post almost daily.)

Sandra is a writer, blogger, poet, artist, emotional disaster. She thinks far too much and sleeps far too little. Sandra lives in the Northeastern U.S. but dreams of an oceanfront home in Italy, but she would settle for a non-oceanfront home in Italy, too. She loves books, brutal honesty, coffee, and the color black. She hates insincerity, beer, whipped cream, and facebook. And she is uncomfortable talking about herself in the third person.
View all posts by what sandra thinks →
This entry was posted in blogging, challenge, life, writing and tagged bloganuary, blogging, challenge, life, whatsandrathinks, writing. Bookmark the permalink.