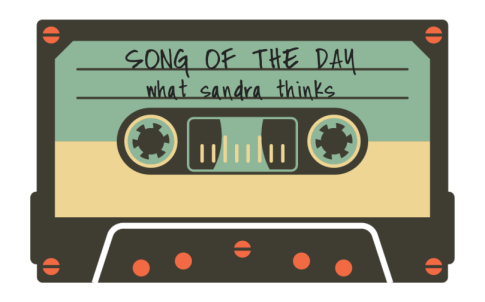 It’s a song about wild nights out in the city. But… also about having someone still standing next to you when the craziness is over… number one… someone who’s your ‘home’. (Hmm… that plays nicely into this. And I didn’t even plan that!)

Oh… and I think the video is funny. Watch to the end… even those few seconds of silence after the music stops… it’s cute!

You’re number one
You’re the reason I’m still
Up at dawn
Just to see your face
We’ll be going strong
With the vampires, baby
We belong, we belong awake
Swinging from the fire escape

Obviously I am not the owner of any rights to this song, video, or lyrics… just everything else… which isn’t much… ©2017 what sandra thinks

Sandra is a writer, blogger, poet, artist, emotional disaster. She thinks far too much and sleeps far too little. Sandra lives in the Northeastern U.S. but dreams of an oceanfront home in Hawaii where she could learn to surf. She loves books, brutal honesty, coffee, and the color black. She hates insincerity, beer, whipped cream, and facebook. And she is uncomfortable talking about herself in the third person.
View all posts by what sandra thinks →
This entry was posted in music, writing and tagged andrew mcmahon in the wilderness, fire escape, music, song of the day, whatsandrathinks, writing. Bookmark the permalink.