Posted on 28 February 2018 by what sandra thinks 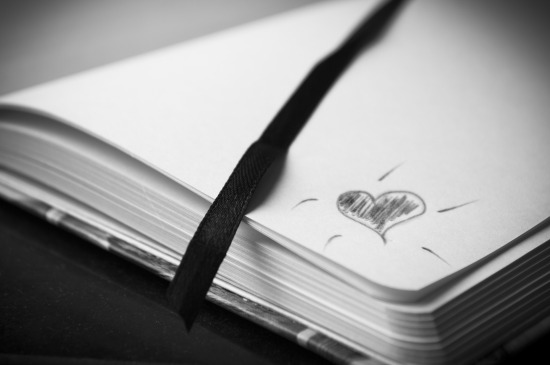 Remain calm. It’s nothing earth-shattering. Unless you’re me. Then it’s mildly earth shattering… because I’ve been so dismal of late… empty… and lacking the hope I truly need.

little thing:
Yesterday I made a call I’d been putting off because I knew it would be awkward. But I also knew that I wasn’t going to feel better about this particular situation until I addressed it. And I did. And it worked out. As far as I know right now, anyway. It’s nothing major… and it’s largely insignificant in the big picture. But making an awkward phone call is a bit of an accomplishment for me. I loathe making phone calls. I’d like to handle my entire existence through emails and texts. Or in person. Just not on the damn phone.

bigger thing (to me, anyway):
Today… I wrote. Like, I wrote actual words that form an actual narrative. And it’s not crap about my life. Actually, it is about my life, kind of… a little reality mixed in with fiction. Then again, I guess all of my fiction has at least a little of my reality mixed in. It’s kind of impossible for me to avoid. Does this make me self-centered? Maybe.

The bad news (for you?) is that this will not be a rebirth of Fiction Friday. What I’ve been writing will be for the A-to-Z challenge. And as you may know, that happens in April. So you’ll have to wait until April 1st (no foolin’) for the first post. But you’ll get a taste when I reveal my theme. Theme reveal is March 19th. You should probably mark your calendars now.

And… I absolutely must thank my awesome friend Marquessa because she sparked this theme idea. I never would have thought of it without her. So thank you! Really. Thank you. I can’t say it enough. Thank you… xo [By the way… you get a sneak peek, M… just you!]

other junk:
I totally had something else to say that belongs in this space… but I was interrupted by my cute little clone, and I’ve totally fallen off my train of thought. She’s been asleep for hours now and I still cannot remember. The logical thing would be for me to just remove this section. Which is why I’m not going to do that. Logic sucks.

Sandra is a writer, blogger, poet, artist, emotional disaster. She thinks far too much and sleeps far too little. Sandra lives in the Northeastern U.S. but dreams of an oceanfront home in Italy, but she would settle for a non-oceanfront home in Italy, too. She loves books, brutal honesty, coffee, and the color black. She hates insincerity, beer, whipped cream, and facebook. And she is uncomfortable talking about herself in the third person.
View all posts by what sandra thinks →
This entry was posted in blogging, challenge, life, writing and tagged blogging, challenge, life, personal, whatsandrathinks, writing. Bookmark the permalink.