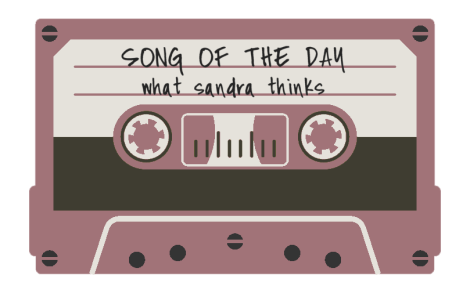 Yesterday, I took the kids to play mini golf again. Our fourth time this summer. We love that place. I used to be the reigning champ but my 12-year-old son… that little shit… he beat me! He never wants me to let him win… and I didn’t. But he won. He’s still rubbing it in… which is fine with me… I’m glad he’s happy.

On our way home, after I (of course) stopped for a big fat iced coffee, this song played on the radio. We opened our windows and sang… all three of us.

Apparently, it was written because the songwriter, Chris Ballew of The Presidents of the United States of America (POT USA for short) liked the word ‘lump’. No, really. It’s true. I cannot explain the lyrics any further than that. But the song puts me in a good mood. It’s fun. And fun is good for me. And for you.

Oh… one last thing… I cannot possibly resist. These Presidents would likely do a better job in office than the current orange one. And that’s all I have to say about that.

Obviously I am not the owner of any rights to this song, video, or lyrics… just everything else… which isn’t much… ©2017 what sandra thinks

Sandra is a writer, blogger, poet, artist, emotional disaster. She thinks far too much and sleeps far too little. Sandra lives in the Northeastern U.S. but dreams of an oceanfront home in Italy, but she would settle for a non-oceanfront home in Italy, too. She loves books, brutal honesty, coffee, and the color black. She hates insincerity, beer, whipped cream, and facebook. And she is uncomfortable talking about herself in the third person.
View all posts by what sandra thinks →
This entry was posted in life, music, writing and tagged life, music, song of the day, whatsandrathinks, writing. Bookmark the permalink.