Posted on 6 January 2017 by what sandra thinks 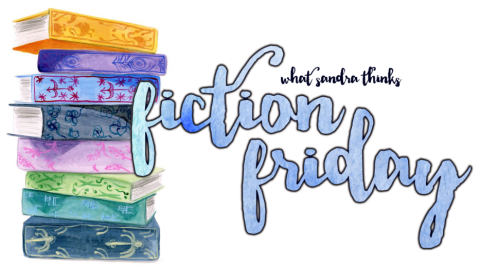 I never posted a ‘fiction friday’ last week… so I’ve been feeling a bit guilty for that. I hate when I miss them. This was previously posted last February. I think it will be new to many of you… unless you went back and read every single thing I ever posted when you started following. Which obviously is what you should have done. Ha! 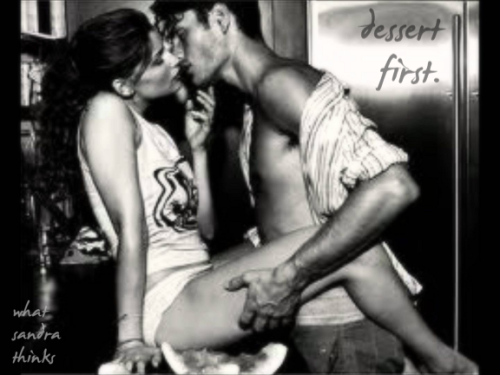 He stood at the stove, unaware of her silent approach. When she rested her hands on his shoulders, he sighed. Her touch made him melt every time. She pushed herself up onto her toes and kissed the back of his neck forcing another sigh. What was that for?

You’re cooking. I love when you cook. She kissed his neck again, gently biting him. Still he stared down at the stove, knowing if he turned to her, he’d forget food entirely. But she found his reluctant yet adamant attentiveness to their dinner adorable… and irresistible.

Her hands slid from his shoulders, down his back, around him until her hands covered his chest. This time, hers was the sigh they heard. The warmth of his body under her touch overwhelmed her. Again, her hands wandered… lower to his stomach. She pulled him against her. Oh honey…

His delicious moan fell, long and deep, inside his breath. Never had she heard anything as sexy as those sounds. She wanted to hear it again. And again. My God… what are you doing?

She sighed and moaned for him, too. Mm… ruining dinner.

In one smooth, quick motion, he flicked the stove off and turned himself around. He grabbed her face in his hands and kissed her hard on the mouth. Between delicious kisses, he mumbled and nudged her away from the stove. Do you have any idea… what you’re doing to me…?

She touched his chest and slowly ran her hands up to his neck… to his face. Yes. I know.

Clothing dropped along their path across the kitchen. When they bumped into the counter, he grabbed her hips and, without stopping their ravenous kisses, lifted her. Oh honey… He sat her down. And he devoured her. She wrapped her legs around him and pulled him close. Dinner… later… much later…

Her lips barely left his when she whispered. Mm… Dessert first…

Sandra is a writer, blogger, poet, artist, emotional disaster. She thinks far too much and sleeps far too little. Sandra lives in the Northeastern U.S. but dreams of an oceanfront home in Hawaii where she could learn to surf. She loves books, brutal honesty, coffee, and the color black. She hates insincerity, beer, whipped cream, and facebook. And she is uncomfortable talking about herself in the third person.
View all posts by what sandra thinks →
This entry was posted in fiction, fiction friday, writing and tagged fiction, fiction friday, fictionfriday, romance, sex, short fiction, whatsandrathinks, writing. Bookmark the permalink.